BP halts work on Iranian-owned field as US sanctions loom 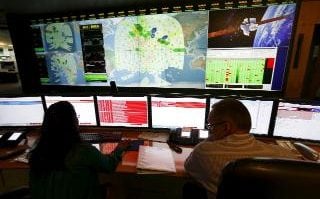 BP has delayed its plans to drill a fresh well at one of its North Sea gas fields due to concerns that its Iranian partner could put the oil major in breach of looming US sanctions.

BP was due to begin new work at the Rhum field but the oil major said it will wait for clarity on the US sanctions before moving ahead.

The BP-operated field is part owned by an Iranian state-backed oil company, which has thrust the oil major into the firing line and threatened to derail its plans to sell its stake in the field to Serica Energy as part of a package of assets worth £300m.

“BP has decided to defer some planned work on the Rhum gas field in the North Sea while we seek clarity on the potential impact on the field of recent US government decisions regarding Iran,” a BP spokesman said.

He added that the fields usual operations and production have not been affected because BP has secured authorisation from the US Office of Foreign Assets Control (Ofac) to run the field until September 2018.

BP has applied for an extension to this agreement and In the coming weeks will meet with Ofac to strike an extension deal, he added.

Both BP and Serica have said they remain committed to the Rhum field sale, but the uncertainty surrounding the US financial sanctions against Iran could delay he deal which was expected to complete within months.

It is still likely to move ahead but it will need a careful diplomatic “workaround” which can only be revived once the full scope of the US sanctions plans are understood.

Meanwhile, BP told the 18,000 employees in its exploration and production business that it would cut around 540 global ‘upstream’ roles this year in order to “simplify” the group and “increase efficiency” following $50bn worth of divestments in the wake of the oil price crash.

“We estimate that these changes will result in headcount reduction of around 3pc across our global upstream business,” said the spokesman.

BP would not reveal whether cut would be made to its 1,500 upstream staff working in the North Sea.

“We continue to focus on the efficiency of our capital spend to maintain competitiveness in a rapidly changing world, without compromising safety, which remains BP’s number one priority,” the spokesman added.