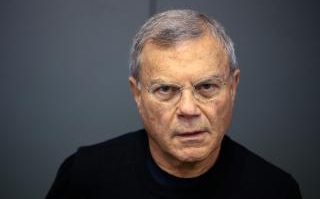 BP has vowed to help tackle climate change concerns by capping its greenhouse gas emissions until 2025 – even while producing more energy.

The oil major said it will meet the “dual challenge” of the growing global energy demand with the rising pressure to reduce emissions linked to climate change by cutting 3.5 million tonnes of carbon from its oil and gas operations every year.

Meanwhile it will also lower the overall carbon intensity of the energy it produces by shifting the balance of its fossil fuel portfolio from oil towards gas.

Where these steps fall short of its bid to keep carbon in check BP will compensate for the impact of fossil fuel production on the environment by continuing to work on green ‘carbon-offsetting’ projects.

BP is making cautious inroads into investing in renewable energy, such as solar power, after turning its back on the sector following the Deepwater Horizon oil spill.

BP boss Bob Dudley said the group is clear that adding solar to its long-established wind and biofuels activities will not be enough to keep the oil major’s greenhouse gas emissions from rising.

“As the world demands more energy it also demands that it be produced and delivered in new ways, with fewer emissions. We now know that a race to renewables will not be enough. To deliver significantly lower emissions every type of energy needs to be cleaner and better. That’s why we are making bold changes across our entire business,” he said.

BP used its annual sustainability report to set out how it plans to keep growing while meeting the goal of the Paris Climate Accord to keep global warming to within 2 degrees Celsius of pre-industrialised levels, by cutting the greenhouse gas emissions which contribute to the warming.

One of its stated plans include ruling out routine gas flaring – a major source of emissions linked to dangerous levels of climate change – by the end of the next decade.

However, the targets are below the more ambitious goals set out by its Anglo-Dutch rival Royal Dutch Shell, which has has promised to cut its carbon footprint by 20pc by 2035 and halve its carbon dioxide emissions by 2050.

Both companies are under increasing pressure to prove their environmental credentials amid a geopolitical drive towards cleaner energy. The pair will face shareholders and activist investors at their respective AGMs next month.