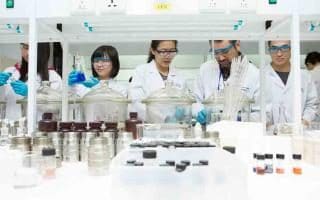 British Airways owner IAG is buying Niki from collapsed Air Berlin in a deal worth €36.5m (£32.5m), swooping on the Austrian airline weeks after Lufthansa was forced to back away.

IAG is planning to integrate the business into its Vueling carrier and to employ around 740 of Niki’s 1,000 former employees, it said.

It is paying €20m for the carrier and is pumping a further €16.5m into Niki to provide it with liquidity.

Willie Walsh, IAG chief executive, said: “Niki was the most financially viable part of Air Berlin and its focus on leisure travel means it’s a great fit with Vueling. This deal will enable Vueling to increase its presence in Austria, Germany and Switzerland and provide the region’s consumers with more choice of low-cost air travel.”

IAG also pointed to the “attractive slot portfolio” held by Niki in cities including Vienna, Munich and Zurich.

It emerged yesterday that IAG was the only remaining bidder for Niki, after reportedly having offered the highest amount for the business.

Niki founder and former racing driver Niki Lauda, and tour operators Thomas Cook and Tui were previously eyeing up the carrier, in the wake of Lufthansa’s decision to put Niki back on the market, but eventually lost out to IAG.

Niki had originally been included in the assets Lufthansa agreed to buy from Air Berlin for a total of €210m, but earlier this month it abandoned plans to buy the carrier amid mounting pressure from EU competition authorities.

Lufthansa, which is still buying Air Berlin’s LG Walter businesses, together with around 20 planes, had proposed remedies to allow it to also snap up Niki, but these were found to be insufficient by the European Commission.

“It was clear from the start, that Lufthansa and Air Berlin overlap on a very significant number of routes, with clear risks to Austrian, German and Swiss consumers and to effective competition,” the commission had said.