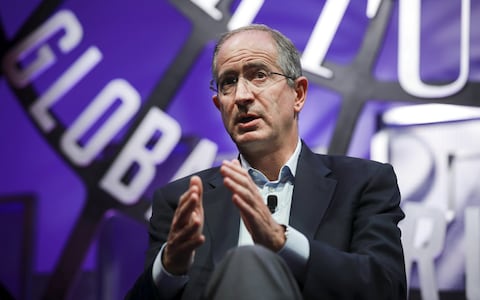 Comcast chief Brian Roberts has laid down the gauntlet to Rupert Murdoch by declaring an audacious bid to disrupt the mogul’s exit from global entertainment.

Comcast announced it is “considering, and is in advanced stages of preparing” a challenge to Mr Murdoch’s deal with Disney. It heralds open warfare among some of the world’s most powerful media owners.

Mr Murdoch’s entertainment empire, 21st Century Fox, last year agreed to sell its film and television studios, its pay-TV operations including its stake in Sky, and a clutch of other assets, to Disney.

Comcast, a $200bn goliath built on America’s biggest cable network, said its bid will be “at least as favorable to Fox shareholders as the Disney offer”.

It plans to offer a higher figure, all in cash, to gazump Disney’s bid of $52bn in shares only. Mr Roberts’ manoeuvrings became one of the worst-kept secrets on Wall Street in recent weeks as he lined up tens of billions of dollars in finance.

The public confirmation of his plot is a direct challenge to Mr Murdoch and Disney chairman Bob Iger as they prepare to take their deal to shareholders this summer.

The three sides have multiple fought battles over the decades. An attempt by Mr Murdoch to challenge US cable operators with a takeover of the satellite provider DirecTV in 2001 was met by Mr Roberts with aggressive expansion and the takeover of AT&T Broadband. Three years later Comcast made a failed bid for Disney.

Fox’s asset sale to Disney last year signalled a withdrawal by Mr Murdoch. As the 87-year-old gradually hands power to his eldest son Lachlan, they are planning a much smaller “New Fox” focused on US news and sport. The family will also remain in control of News Corp, the separately listed publisher of newspapers including the Sun and the Wall Street Journal.

Prior to the agreement with Disney, Fox rejected rival interest from Comcast as too risky even though its bid was higher.

US regulators and the Trump administration are opposing the planned takeover of Time Warner by the telecoms giant AT&T. Unlike Comcast and AT&T, Disney does not operate in the broadband market and was seen as less likely to trigger competition concerns as owner of the Fox assets.

Mr Roberts has refused to walk away, however. The decision by the Murdochs to retrench as the vast scale of internet operators such as Apple and Amazon cast a shadow is viewed as a rare opportunity to seize a greater share of the entertainment landscape.

The 58-year-old, who inherited leadership of Comcast from his father, its founder, first launched a bid to disrupt Fox’s takeover of Sky to prevent Disney getting its hands on one of the jewels in the Murdoch crown.

Now, amid mounting speculation that a US court will cast aside Department of Justice objections to the AT&T takeover of Time Warner next month, he has also prepared an attack on a bigger deal between the Murdoch family and Disney.

Comcast’s separate bid for Sky will go ahead. The Culture Secretary Matt Hancock this week indicated it will not trigger a media plurality investigation, clearing the path for a bidding war with Fox and Disney. Mr Murdoch is awaiting the outcome of a long-running investigation of his sway over the British media before he can improve Fox’s bid, which is currently 16pc lower than Comcast’s.