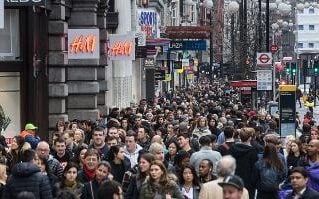 Dairy Crest is preparing to launch a prebiotic drink, its first new consumer brand to hit the market in years.

The drink, which is being made at Dairy Crest’s Davidstow cheese factory in Cornwall, will be sold as a syrup in a 6g to 7g ‘shot’. Dairy Crest has not yet given it a brand name or decided where it will first be launched.

The syrup is part of Dairy Crest’s foray into making demineralised whey powder and galacto-oligosaccharide (GOS), which are both by-products of the cheese-making process.

GOS is a prebiotic ingredient, made from lactose in cow’s milk. It stimulates the growth of gut-friendly bacteria in the digestive tract. Dairy Crest is already selling it to infant formula makers and food and animal feed producers, but has not yet marketed it directly to consumers.

Mr Allen believes GOS will be a big growth area for the company over the next few years. Sales of GOS and demineralised whey powder increased by half in Dairy Crest’s last financial year.

It came as Dairy Crest announced plans to spend £85m expanding its creamery in Cornwall, where it makes its Cathedral City and Davidstow brands, to keep up with growing demand for cheese from customers around the world.

The investment over the next five years will boost Dairy Crest’s production capacity from 54,000 tonnes of cheese a year to 77,000 tonnes.

Mr Allen said that while 98pc of Dairy Crest’s cheese is sold in the UK, there were opportunities to market it in the rest of Europe and in Asia, where there was demand for high quality cheddar.

“I think we can be more imaginative in the way we market our cheese. We will start talking to people straight away, including with Asian distributors and the US.

“There is demand for high-quality, mature cheddar in Europe, the US, China and the Far East, but not much supply. As a result, we expect to have capacity constraints in the coming years.”

To pay for the upgrade, Dairy Crest has raised £70m from new and existing investors through an oversubscribed share placing, announced this morning, with the balance coming from existing funds. The shares were priced at 495p, a 7.7pc discount to their value before the placing was announced.

As well as increasing cheese production, the money will allow Dairy Crest to become self-sufficient in its water supply and improve its energy efficiency.

Alongside the placing announcement, Dairy Crest reported a 10pc rise in annual sales to £456.8m and a 3pc increase in adjusted pre-tax profit, to £61.2m. Changes to its pension fund liabilities and other one-off charges meant that actual profits increased more than four-fold to £179.2m in the financial year, which ended in March.

Growth was driven by a 6pc rise in sales of Cathedral City cheddar and a 10pc increase in revenue from its spreads division, which includes brands such as Clover, Frylight and Countrylife.

Dairy Crest is conducting research to see if GOS helps livestock, such as cattle, pigs and chickens, in partnership with American chemical conglomerate DuPont. The results so far suggest GOS improves animal health and leads to weight gain.

“With much of the groundwork now complete, we expect sales of demineralised whey to accelerate over the coming year,” said Mr Allen.