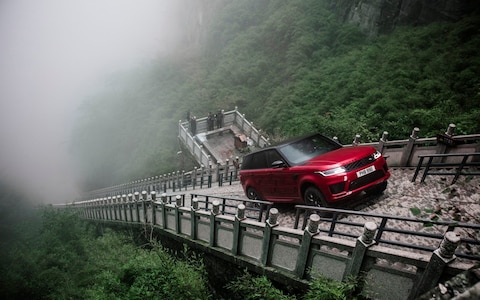 Record sales at Jaguar Land Rover have failed to turn into higher profits as rising investment costs put the brakes on the car maker’s performance.

On the 10th anniversary since its acquisition by India’s Tata, the Coventry-based company posted a 6pc rise in annual revenues to £25.8bn on the back of retail sales that rose 1.7pc to 614,309 vehicles – both new highs.

However, pre-tax profit fell 6pc to £1.5bn. The company attributed the decline in profit to rising investment in the new technology and facilities, with spending of £4.2bn – some £800m higher than last year.

Drivers shunning diesel in the UK, where the vast majority of the company’s cars are powered by the fuel, contributed to a 12.8pc sales drop in JLR’s home market, while Europe was also down, slipping 5.3pc.

Ralf Speth, chief executive, said: “Despite external headwinds, these results reflect the underlying strengths of JLR as demand in key overseas markets offsets challenging conditions in the UK and parts of Europe.”

However, China, the world’s biggest automotive market and country where JLR sells the most cars, was strong. Sales there rose 19.9pc, continuing to rebound after a slowdown caused by an anti-graft crackdown there three years ago. The US rose by 4.7pc and other overseas markets were 3.4pc better.

JLR displayed its plug-in electric Range Rover with a stunt in China, hightlighting the importance of the country to the marque

The decline in profits came despite a £437m pension credit, which JLR said was partially offset by one-off engineering costs. Stripping out the impact of this, the margin for the year to the end of March fell to 3.8pc from 5.9pc last time round.

Britain’s biggest car-maker will “continue to invest over-proportionately”, Mr Speth added, sinking more into new vehicles, factories and technology such as self-driving and electric drive trains. JLR has earmarked £4.5bn of investment in the business in the coming financial year.

In the past year, JLR has launched a slew of new models, including the the Range Rover Velar, a new version of the Discovery off-roader and showcased a host of heavily modified cars including Project 8, a 200mph saloon car. 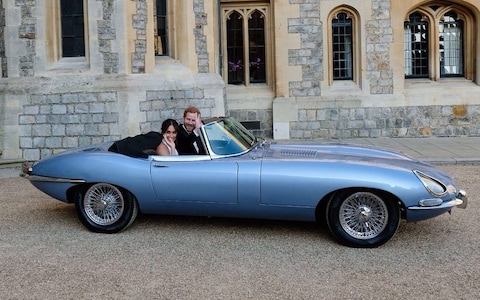 Duke and Duchess of Sussex, drive an electric E-Type Jaguar from Windsor Castle to Frogmore House

JLR is building a new plant in Slovakia which will produce the Land Rover Discovery when it comes on line later this year, and is also spending £450m to upgrade its engineering centre in Gaydon.

Last month, JLR announced it was cutting 1,000 contract workers at its Solihull plant which builds the XE and XF saloons and sports cars, and was also relocating 350 permanent staff from the Castle Bromwich factory to Solihull.

The job losses were in response to the slowdown in UK demand for JLR cars and had been widely expected after production was cut in January at the Halewood plant on Merseyside, which builds the Range Rover Discovery Sport and smaller Evoque models.