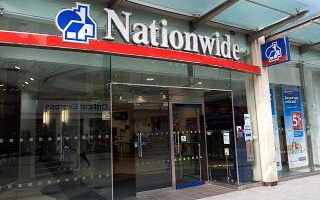 Marks & Spencer has announced that it will shut another 14 stores affecting 872 jobs as part of a radical restructuring programme that will result in 100 shops closing their doors.

The latest tranche of store closures comes as the retailer’s chief executive Steve Rowe embarks on a five-year plan to turn around the business as it battles to reverse a long-term decline in clothes sales.

In total, more than 100 M&S stores will close by 2022, including 21 that have already shut. Previous closures included international stores such as its flagship shop on the Champs-Elysees in Paris.

The retailer said its closures were in line with a target to make at least a third of its sales online.

The 14 clothing and home stores that are proposed for closure in 2018-19 include outlets in Bayswater, Fleetwood and Newton Abbot – all three of which will close by the end of July 2018.

M&S confirmed that 872 employees will be affected, and will either be redeployed or made redundant.

Sacha Berendji, retail, operations and property director at Marks & Spencer, said: “We are making good progress with our plans to reshape our store estate to be more relevant to our customers and support our online growth plans.

“Closing stores isn’t easy but it is vital for the future of M&S. Where we have closed stores, we are seeing an encouraging number of customers moving to nearby stores and enjoying shopping with us in a better environment, which is why we’re continuing to transform our estate with pace.”

Analysts expect M&S to report a 7pc slump in pre-tax profits to £573m on Wednesday, raising fears it could fall out of the blue chip FTSE 100 index.

While Marks & Spencer dominated the UK clothing market for decades, its position as the clothes retailer with the largest market share is now “perilously close to being lost to Primark this year”, says Maureen Hinton of data firm GlobalData.

Ms Hinton said: “The closure of yet more stores will hasten the decline unless it can shift the lost sales to its online channel and transfer to its other stores. But it also has to start growing total non-food sales to stem the overall decline.”