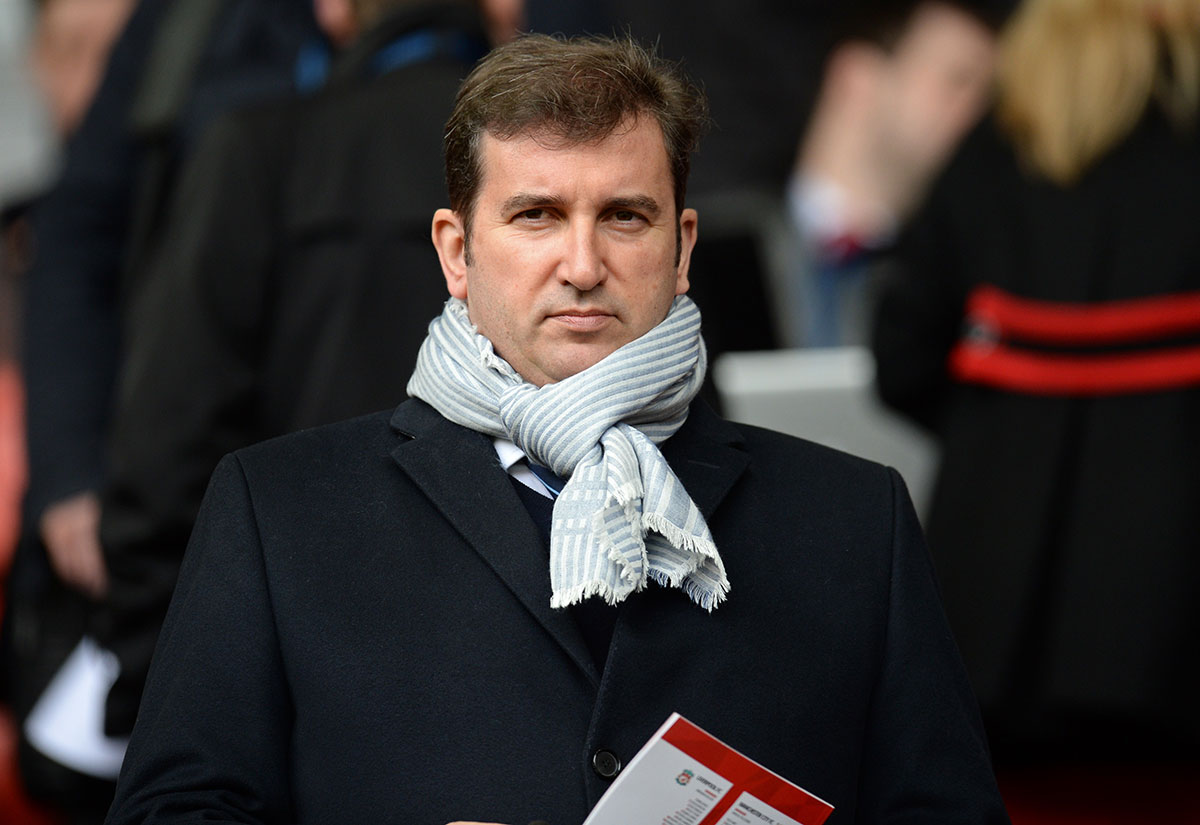 Manchester City hope to have their appeal against a two-year ban from European football by UEFA heard by the Court of Arbitration before the start of next season’s Champions League, according to City Football Group CEO Ferran Soriano.

The former Barcelona executive claimed UEFA’s charges against the club of overstating their sponsorship revenue between 2012 and 2016 and failing to cooperate with an investigation are “simply not true.”

UEFA’s case against City was reopened when German magazine Der Spiegel published a series of leaked emails in 2018 that seemed to show how City had manufactured extra sponsorship revenue from a series of companies with connections to the club’s Abu Dhabi-based owner Sheikh Mansour.

“The owner has not put money in this club that has not been properly declared,” Soriano said in an interview with City’s in-house media.

“We are a sustainable football club, we are profitable, we don’t have debt, our accounts have been scrutinised many times, by auditors, by regulators, by investors and this is perfectly clear.”

City face losing hundreds of millions of pounds in prize money, TV revenue, gate receipts and sponsorship income should their appeal against the ban fail.

The English champions could seek to have the ban suspended pending an outcome of the CAS case.

However, Soriano is hoping to have the issue resolved before the start of next season.

“We are looking for an early resolution obviously through a thorough process and a fair process,” he added.

“My best hope is that this will be finished before the beginning of the summer and until then for us, it is business as usual.”

A ban could also have a significant impact on the futures of coach Pep Guardiola and a number of City’s star players.

Soriano and director of football Txiki Begiristain’s previous experience of working with Guardiola at Barcelona was a big factor in City being able to lure the Catalan coach to Manchester.

But Soriano claimed Guardiola’s sole focus at the moment is on the pitch with City facing Real Madrid in a blockbuster Champions League last 16 tie next week.

“Obviously, he has been kept informed about this process but this is not something for him to respond to,” said Soriano.

“He is focused on the football, he is focussing on the game, the game at hand, the game today, tomorrow and the next weeks.

“As well as the players. They are calm, they are focussed and this matter is more a business matter, a legal matter than a football manner.”