Wensleydale cheese has been made in North Yorkshire for more than 800 years, ever since French Cistercian monks settled in the Dales in the 12th century.

Originally a blue cheese made of ewe’s milk, the recipe developed over the years and was passed on to local farmers after Henry VIII dissolved the monasteries in the 1500s.

In the centuries since, the crumbly cheese has become synonymous with that part of North Yorkshire (former foreign secretary and local MP William Hague, a fellow export of God’s Own Country, is said to be fond of having it with a slice of fruitcake).

But there was a time 25 years ago when it looked like production of the the county’s most famous cheese could be moved across the Pennines to its traditional rival, Lancashire.

In 1992 Dairy Crest, at the time part of the Milk Marketing Board, announced plans to close the Wensleydale Creamery in Hawes, a potentially massive blow to the 20pc of the town’s population who worked on site and the local farmers who kept it supplied with milk.

Wensleydale has been made in North Yorkshire for hundreds of years

“It was clear Dairy Crest were not 100pc committed to small dairies in rural locations, and we are very, very rural here,” David Hartley, who was then production manager of the Hawes factory, tells The Daily Telegraph. “They were all about consolidating and getting creameries more efficient.”

But after the creamery closed, Hartley and other members of the management team partnered with local businessman John Gibson, who made his fortune in plastics manufacturing, to buy the site and start their own business.

“We could have developed a new creamery on the side of the A1 somewhere and become more efficient, but the essence and the heart of the brand is very much: cheese made at Hawes in Wensleydale at the head of the valley in the Yorkshire Dales National Park,” says Hartley, now Wensleydale Creamery’s managing director.

Things have come on in the years since. The company now employs 230 people, 100 in Hawes and most of the remainder at a second site it acquired in Kirkby Malzeard, near Harrogate.

A touch of celebrity has helped. In the 90’s, Wensleydale found fame as the cheese of choice of Wallace & Gromit in the series of short films produced by Nick Park’s Aardman Animations. The creamery has a licence to sell truckles featuring the iconic duo on the packaging, but Hartley says the benefit goes beyond that.

“It’s been incredibly helpful, we are known by that association by an awful lot of people, both nationally and internationally,” he says. “Nick Park’s craft animation technique is very much akin to ours – we’re not large and corporate and nor is he. We’re deeply proud of that association.”

Indeed, when Wallace & Gromit and The Curse of the Were-Rabit was released, UK supermarkets reportedly saw a 23pc hike in Wensleydale sales.

That powerful name recognition is a valuable asset when trading overseas. Exports account for around 15pc of the company’s revenues, with its strong markets including the US, Canada, Hong Kong and parts of Europe including France’s Carrefour. The creamery is also exploring the possibility of selling to China and the Middle East. 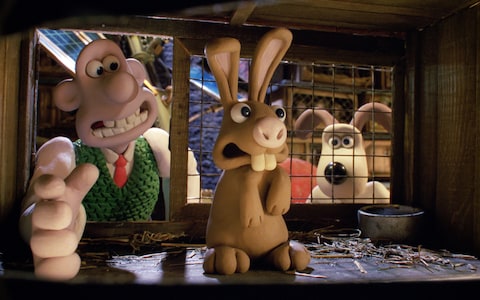 Wensleydale’s popularity has been boosted by Wallace & Gromit

Hartley says it focuses on markets where there is already demand for its products, rather than coming up with new varieties to suit consumers in each country.

“But what we do have to do is cope with paperwork, shipping documentation, labelling, logistics, timescales, lead times and all of that. It’s always going to bring complexity, but it’s an important part of what we do.”

Although some companies do produce Wensleydale in other counties, the firm’s management spent seven years working towards obtaining protected geographical indication (PGI) status for “Yorkshire Wensleydale”, meaning the name can now only be used to describe cheese that is actually made in Wensleydale.

“We’re protecting not just the quality but the whole essence of he meaning, the socioeconomic values associated with that product and its relationship with the area,” says Hartley.

“It helps within export markets tremendously because when you’re talking to a buyer, if you say we are the genuine article, this is a protected name and protected product, then people really do get that.”

The creamery has also boosted growth by inventing new varieties including smoked and extra mature Wensleydale, and blended versions of the cheese containing apricots, cranberries and ginger.

People have got good feelings about Yorkshire. It is what it is, it’s no nonsenseDavid Hartley

Hartley hopes to capitalise on its home county’s reputation further with the launch of Yorkshire Yoghurt and after acquiring the Yorkshire Butter brand from dairy giant Arla earlier this year.

“People have got good feelings about Yorkshire, it’s well-known for food, it’s known for quality, tradition, authenticity. It is what it is, it’s no nonsense, solid and trustworthy,” he says.

Around 10pc of revenues come from the creamery’s visitor centre in Hawes. Each year around 250,000 visitors pass through its doors to learn about how Wensleydale is made, try some samples and open their wallets in its shop, cafe and restaurant.

Hartley says: “It’s a fantastic marketing tool for us. It’s an important part of the tourist trail in Hawes, which is a very busy market town.”

It might be trading well but as with every business the Wensleydale Creamery has its challenges – not least finding the right staff. “We try to identify talent within the team and develop that, but there is a big world out there and because of the rural nature of our business we have to be able to encourage new people to come and work with us,” says Hartley.

“Then again, it’s not all bad living here in Wensleydale if you like that rural lifestyle and a beautiful location. You don’t have to queue in traffic coming to work.”

Like the rest of the dairy industry it also has to cope with intense volatility of milk, whose price fluctuates heavily depending on production yields as far afield as New Zealand and Argentina – something Hartley describes as “a constant battle.”

At the moment the European Union’s Common Agricultural Policy intervenes in an attempt to keep things stable, so many are the industry are keen to see the government’s plans for regulation post-Brexit.

For now, Hartley says the focus is on sustainable, profitable growth.

“Can we double the size of the business in the next 10 years? It would be a reasonable challenge to do that and something we would be aiming to do, but what we do want is to retain the essence of what we were about already.”